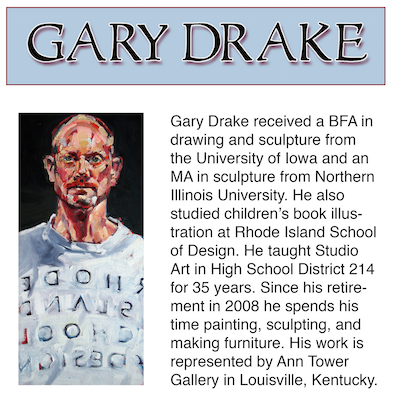 Please join Gary Drake, a former art teacher of 35 years at Hersey High School for "recent works". Opening reception is from 6:00 to 7:30 Friday, May 13th in the One Grove Gallery, and his showcase will be displayed through the end of the school year. His works are exquisite.


Congratulations to Kaitlyn Ko and  Dhruvi Shah who have been named an Honorable Mention to the 2015-16 Northwest Suburban Daily Herald Academic Team! Watch for them to be included in a special Academic Team edition of the Neighbor section in the May 19th edition of The Daily Herald. 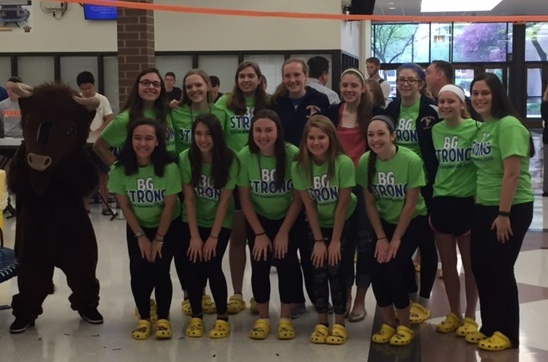 Congratulations to our Math Team who traveled to State last week! 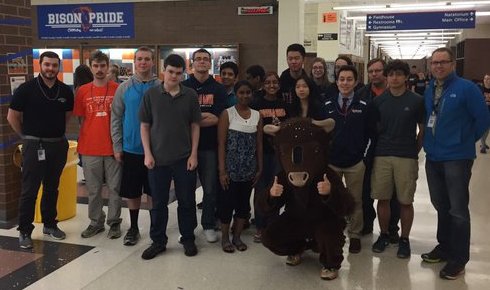 The Math Team was overall 15th in state!  Congratulations to the following Math Team students: 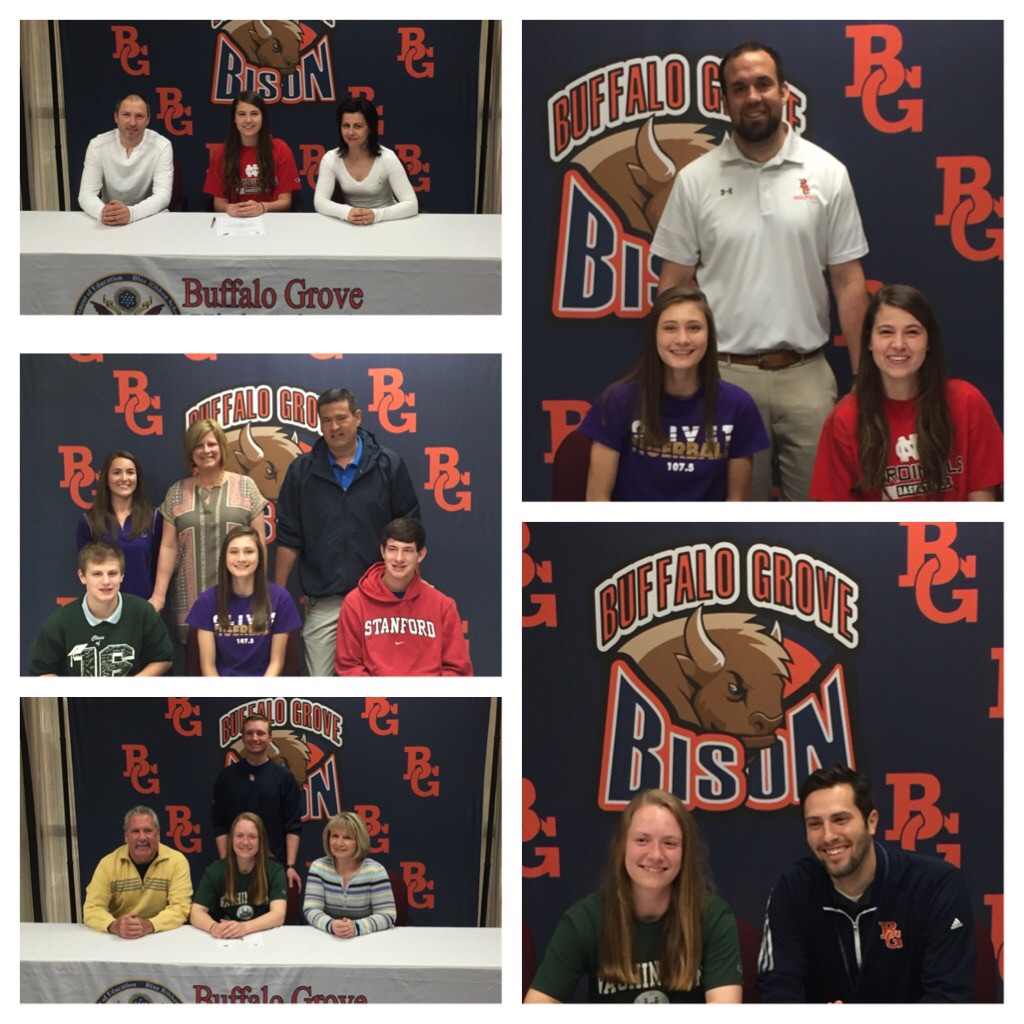 Congratulations to our student athletes on their college signings this week:

Congratulations to the Girls Soccer Team on winning the MSL East title! 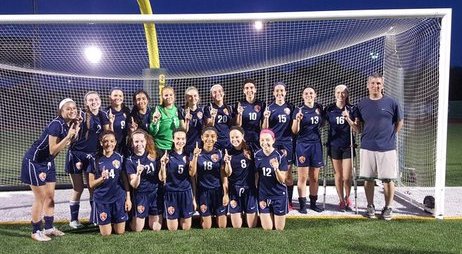 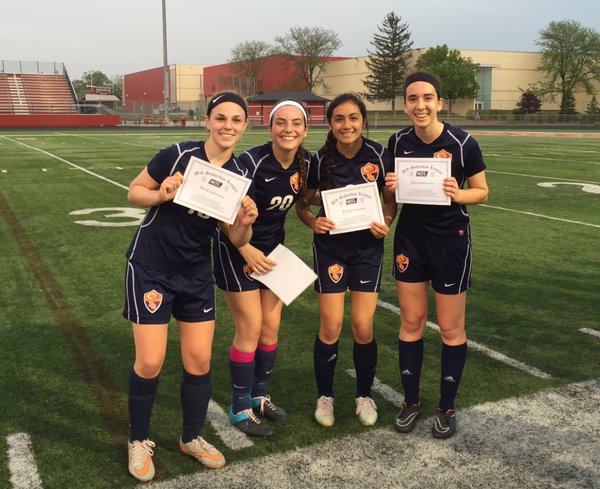 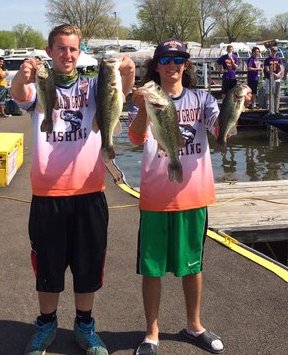 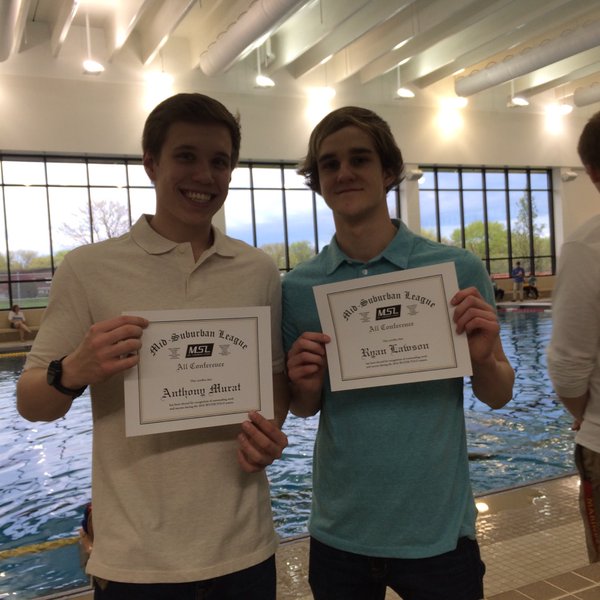 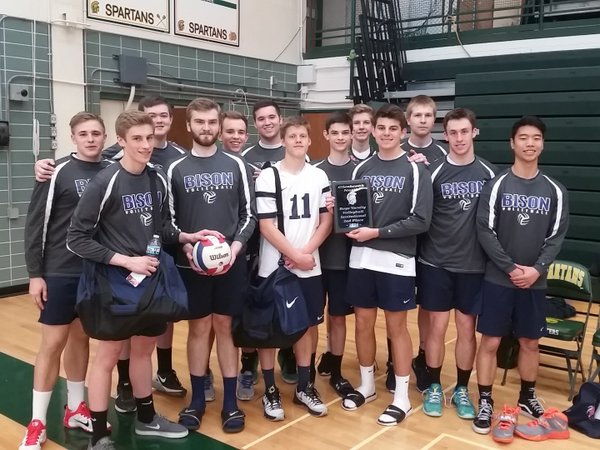 Congratulations to the Boys Volleyball team for finishing the regular season with a perfect 10-0 record and as the MSL East Champions!

The Daily Herald, May 10, 2016
Buffalo Grove senior Daniel Rogowski stands 6-foot-1, a tad on the short side for a middle hitter. But he just might have the best vertical leap in the Mid-Suburban League.
Thursday night, Rogowski used his superior jumping ability to lead the Bison to a stunning MSL East boys volleyball victory over Hersey.  Read Story

The Daily Herald, May 5, 2016
John Carpinelli homered and drove in 2 runs, then provided effective relief of starter Jack Vaselaney as the Bison prevailed over Prospect 8-4 in Mid-Suburban East baseball Thursday.  Carpinelli earned a save after providing 1⅓ hitless innings to close out the game.  Read Story

The Daily Herald, May 5, 2016
Host Rolling Meadows didn't make it easy for Buffalo Grove, but ultimately the visiting Bison were able to clinch an outright East Division boys volleyball championship with a 25-19, 25-23 decision Thursday.  Buffalo Grove (19-9, 9-0) trailed 18-11 and 21-15 in the second set before fighting back to claim victory.  Read Story

The Daily Herald, May 6, 2016
Buffalo Grove will playing in the Mid-Suburban League's girls soccer championship game.  The Bison punched their ticket to the Soccer Bowl in overtime on Friday.
Playing against Elk Grove, the Bison's Alyssa Floro scored the golden goal with an assist from Courtney Lee. Read Story


2. What department do you teach in/ what courses do you teach? I am an English teacher and the innovative technology facilitator for the school where I handle all of the instructional technology dealing with things such as grade books, iPad usage and innovative ways to use the technology in the classroom.


5. What part of working at BG do you find the most rewarding?  The most rewarding part of teaching is the relationships that you build in the classroom. There is no better feeling than getting kids to say "thank you" at the end of the year because they had such a good experience in your class.


6. What is something unique about you?  My last name means wolf in Czech. It's actually used to be six letters and no vowels. VLKCZK.


7.What activities or clubs do you coach/ sponsor?  I am the head football coach and an assistant wrestling coach.
Posted by http://bghsprincipal.blogspot.com/ at 1:32 PM 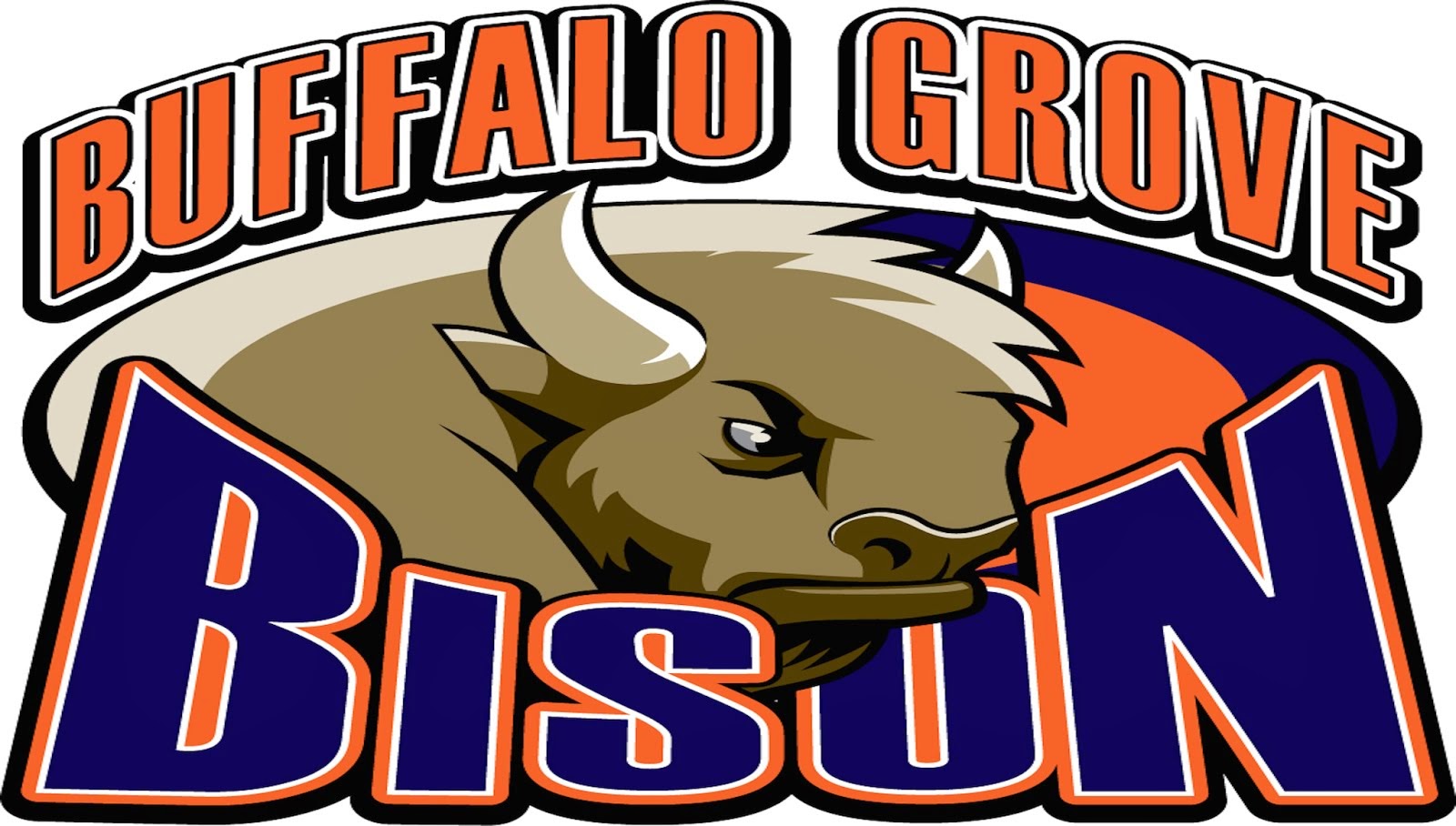